Off the Beaten Track: Creative Picture Books You May Have Missed

There are a lot of cute, middle-of-the-road picture books on bookstore shelves these days, but I love finding the ones that venture out into the wilds to explore the creative possibilities. Here's a sampling of slightly unusual books published in the last decade or so. (See also my previous post, "Picture Books with Bite.") 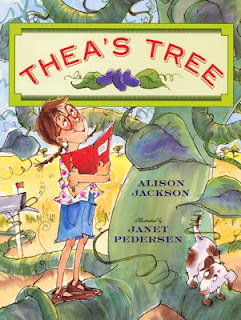 Alison Jackson pokes fun at adult expertise in this epistolary picture book. Our girl Thea keeps writing letters, trying to get answers about her science project, an unusual seed she has planted in her yard. The seed grows into a giant plant that readers will recognize as Jack's beanstalk. The best thing about Thea's Tree is the disconnect between Thea's experiences and the adult determination to categorize them properly, as everyone from botanists to bank managers weighs in on the plant and associated findings. Another plus is the story second and third graders will be able to read between the lines, based on additional clues Thea discovers. Throughout, Thea is cheerful and persistent, just as a young scientist should be. (In a nice nod to The Wonderful Wizard of Oz, the author sets her story in Kansas.) 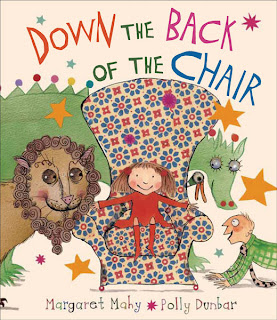 Down the Back of the Chair by Margaret Mahy, illustrated by Polly Dunbar (2006)

If you enjoyed last summer's lovely, rollicking Bubble Trouble from Mahy and Dunbar, you might want to look for their earlier work, Down the Back of the Chair. Mahy—who is perhaps best known for her thoughtful YA fiction—takes the idea of items getting lost down the back of a couch or armchair and runs with it, predating Mini Grey's inspired use of a similar hiding place in Traction Man Meets Turbo Dog. The story starts out with Dad's money troubles, and little Mary suggests diving for change in the big flowered armchair. Where else but in kidlit can a voracious piece of furniture solve a family's problems? You'll be amazed by just what's down the back of the chair, which turns out to be your basic cartoon hammer space. This book is written in rhyme, which doesn't always work out in picture books, but Mahy is plenty good enough to pull it off. (For another manic furniture-based adventure, see Diana Wynne Jones's "Chair Person" in her story collection, Stopping for a Spell.) 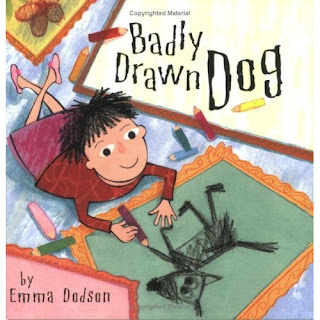 Badly Drawn Dog, written and illustrated by Emma Dodson (2005—out of print)

Badly Drawn Dog was "scribbly, scrawly, and sketchy around the eyes. He looked like one big smudge." That would be because his artist is a kid. Tired of being badly drawn, BDD goes out looking for a more skillful artist to draw him, or rather redraw him. But he discovers drawbacks [no pun intended, but I'll keep it!] to his new look and tries another style, then another. None of them seem to suit, so BDD concludes that being badly drawn isn't so bad, after all. Look for homages to artists like Picasso and Van Gogh in BDD's new styles. This book is so high concept it's out of sight, like an escaped helium balloon, but your child will probably get the basic joke, or at least BDD's desire to look better, a typical wish in our society. 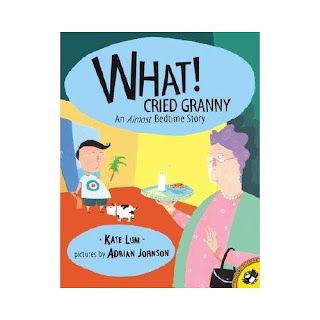 More theater of the absurd for the younger crowd as Patrick goes for a sleepover at his Granny's. Of course, we all know a grandma will do just about anything for a beloved grandchild! So when Patrick points out that he doesn't have a bed at her house, Granny goes out and chops down some trees to make one. Pretty soon she is out in the henhouse collecting feathers to make a pillow, and the adventure continues—all night! The Pre-K crowd will be amused by this one, and you'll no doubt appreciate the ultra-capable grandmother.

White Nineteens, written and illustrated by David Christiana (1992—out of print)

Christiana is an interesting guy, and this strange not-quite-fairy tale is a good example of his creativity. Pocket-sized fairy Buttercup gets up one morning to put on her favorite wings, her White Nineteens, but finds they have been stolen. She goes out hunting for them, given directions by an assortment of potential witnesses such as an owl, a queen bee, and some Texas-style worms called the slithering suzies. Buttercup eventually finds the thief and gets caught herself, whereupon she is taken to the thief's frightening owner, a troll. But why would a troll want a tiny pair of wings? And could the White Nineteens help Buttercup escape? The story is fairly simple, but the illustrations are marvelously otherworldly. (Best for slightly older children, as the troll and the thief are a bit scary.) 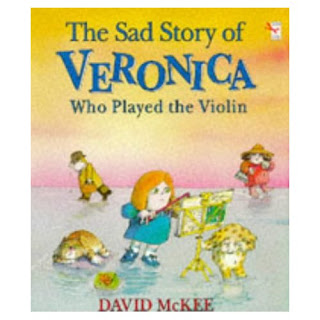 The Sad Story of Veronica Who Played the Violin: Being an Explanation of Why the Streets Are Not Full of Happy Dancing People, written and illustrated by David McKee (1987—out of print)

When Veronica first starts playing the violin, she's so bad that her first violin teacher moves to China. But Veronica keeps practicing, and she gets so very good that she can make every single person in her audience weep. After the girl becomes world famous, she decides she needs a break and travels to the deepest jungle, relying on her music to tame the savage beasts. And it does, or, sort of does. This book is completely satirical, so it blithely avoids a happy ending. But it is very funny! Note, for example, that when Veronica plays her violin on an ocean liner on her way to the jungle, the ship's pumps must work night and day to deal with the tears of the passengers. McKee makes fun of basic literary tropes, Horatio Alger stories, and the power of the arts in this sly and clever offering.

Note: See Seven Imp's wonderful discussion about "slightly demented picture books," "Straight Talk about the Food Chain," from a few years back. Thanks to author Boni Ashburn for the reference. Or try MotherReader's Weird-Ass Picture Book riffs and awards, which really go a-rambling!
Posted by Kate Coombs at 8:30 PM

Labels: Badly Drawn Dog, Down the Back of the Chair, picture books, The Sad Story of Veronica Who Played the Violin, Thea's Tree, What Cried Granny, White Nineteens

Thank you for this post. I love picture books also (for all ages) and I blog on children's lit at http://pragmaticmom.com

http://PragmaticMom.com
I blog on children's literature, parenting and education.