A Couple of Twilight Spoofs 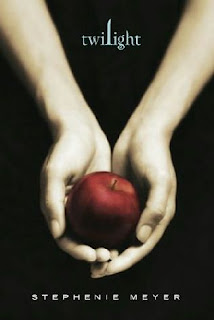 I haven't shared a Twilight spoof in a while...

YouTube has a surprising number of spoofs with people just acting out scenes, especially the big vampire reveal in the forest, but I like the ones with a twist, like this selection from Texas.

And I know Christmas is over, but here's a spoof with some funny bits, though it's pretty odd overall.
The cover shown to the right is the UK version, which has a softer look than the U.S. cover. It's as if they bought an organic apple instead of a waxed one.
Posted by Kate Coombs at 9:10 PM