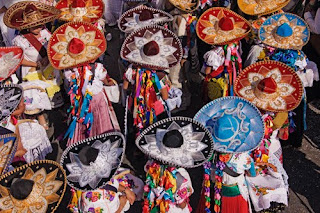 Well, between a big deadline at work and a special post going up on Monday (involving a magic chocolate pot!), I'm not going to be posting reviews this weekend.

I will ask you this: Would anyone like book recommendations for a child in their life?

Let me know in the comments and I'll give you a list. (Assuming a limited number of people inquire. If it's too many, I'll draw names.) I'll need to know the age and gender of the child, preferred genres, last 4-5 books read and liked, and, if the child is a reluctant reader, favorite movies and TV shows. Note that a lot of kids are either more sci-fi fantasy oriented or more interested in realistic and historical fiction or nonfiction, so let me know if that's apparent to you, as well.

Meanwhile, Happy Cinco de Mayo! Did you know this is an Americanized holiday? That is, it's a big party day for Mexican Americans, but not for Mexicans. It celebrates a victory in a battle in Puebla over the French in 1862, so it is a big deal in Puebla. Mexican Independence Day is September 16, though, and that's comparable to our July 4. 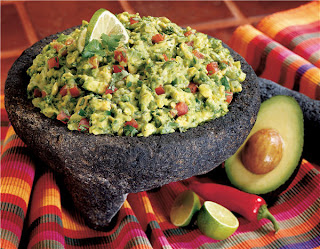 Still a great festive day in the United States for honoring Mexican heritage. Considering a big chunk of our country used to be part of Spain and later Mexico, that makes sense. And let's hear it for guacamole! 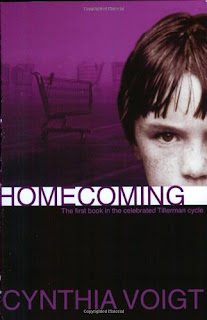 I read far more SFF, but I'll give it a shot!

My favorites for realistic fiction are a series by Hilary McKay about the Casson family. The parents are not particularly admirable people, but the siblings are great characters. I've loved all of the books. Saffy's Angel is the first and is pretty good, but they just get better from there: Indigo's Star, Permanent Rose, Caddy Ever After, Forever Rose, Caddy's World.

Waiting for Normal by Leslie Connor and Small as an Elephant by Jennifer Richard Jacobson are a couple of other recent books I'd recommend. But I especially recommend an older series, Cynthia Voigt's Tillerman books, starting with Homecoming. The girls might also like The FitzOsbornes in Exile and sequels by Michelle Cooper (historical fiction, character heavy). 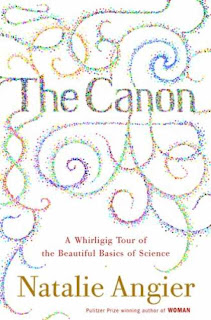 For your son, have you tried Discover magazine? I tried Popular Science and found it too gadgety, though he might like that. Discover is a nice mix of articles from the different sciences. I have a subscription. For a fan of adventure fiction like Paulsen's, my favorite book is Alabama Moon by Watt Key. The sequel, Dirt Road Home, is pretty violent (set in a boys' prison), but it's a good follow-up. They're both survival stories. Oh, and N.D. Wilson's book, Leepike Ridge!

Science wise, I'm thinking books intended for adults. I like an overview called The Canon by Natalie Angier and the classic The Double Helix by James D. Watson. Older stuff, but good: Genius and Chaos by James Gleick, The Elegant Universe by Brian Greene, and of course, A Brief History of Time by Stephen Hawking.

The Tipping Point and Outliers by Malcolm Gladwell are fascinating.

I would also suggest books on being savvy about statistics and media propaganda: the classic How to Lie with Statistics by Darrell Huff, a more recent book called unSpun by Jackson and Jamieson, and Wrong by David H. Freedman. 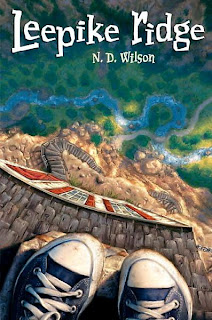 For your youngest, I would suggest the Maze Runner trilogy by James Dashner and the Ranger's Apprentice books by John Flanagan, along with The Strange Case of Origami Yoda and sequel by Tom Angelberger. Also Leepike Ridge by N.D. Wilson, Little Brother by Cory Doctorow, The Scorpio Races by Maggie Stiefvater, and Catherine Fisher's Incarceron and sequels. He might also like Garth Nix's Keys of the Kingdom books.

Other ideas, if he likes Alex Rider, are the Young James Bond (Charlie Higson), Young Jack London/Secret Journeys (Christopher Golden), and Young Sherlock (Andrew Lane) series. I like a British series called Cherubs by Robert Muchamore, but the books are a bit strong when it comes to violence and sex of the YA variety. 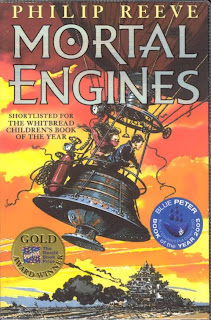 Has your older son read Scott Westerfeld's series, Uglies etc. and Leviathan etc.? Other books he might like are Philip Reeve's Hungry Cities Chronicles—I believe it starts with Mortal Engines; Jane Yolen's Dragon's Blood books, N.D. Wilson's 100 Cupboards books, and Diana Wynne Jones's Chronicles of Chrestomanci (first The Lives of Christopher Chant, then Charmed Life and Witch Week, etc.), Archer's Goon, and others. I quite liked Charlie Fletcher's Stoneheart trilogy, Pod by Stephen Wallenfels, and a funny YA book called Hold Me Closer, Necromancer by Lish McBride. Citizen of the Galaxy by Robert Heinlein and Starswarm by Jerry Pournelle are a couple of teen sci-fi books I'd recommend. If he's up for reading grown-up sci-fi (or you don't mind), I suggest Lois McMaster Bujold's Miles Vorkosigan books. And then there's Terry Pratchett's Discworld series, which eventually spilled over into MG/YA with Wee Free Men and sequels. What about Megan Whalen Turner's books? I'm a huge fan! They are The Thief, The Queen of Attolia, The King of Attolia, and A Conspiracy of Kings (so far). I assume he's read Tolkien and the Harry Potter books already.

Anyway, those are just a few of the many cool books out there... Happy Reading!
Posted by KateCoombs at 6:16 AM

Any excuse for a big bowl of guacamole!

Oh, I cannot let this slip by! My daughters Georgia and Hope (12 & 13) just loved WONDER and MOCKINGBIRD. What next?

Son Henry (10) is a big Paulsen fan and also avid reader of all kinds of nonfiction including WIRED and NATIONAL GEOGRAPHIC. What do you recommend?

I realize it is greedy to ask for two recommendations, but I thought I would try. If I could mail you some avocados, I would...

Sure, Amy! Give me a day or so and I'll post a couple of lists.

Oh, this is so cool. I have two sons. My youngest is 11 years old and likes to read, but sometimes has a hard time getting into a book. He likes action/sci-fi and fantasy. His favorite movies are Star Wars, Stormbreaker (Alex Rider), Three Muskateers (the Disney version), and Indiana Jones. Recent books he has read are Hunger Games, Harry Potter #7, Phantom Toolbooth, Stormbreaker, Percy Jackson series by Rick Riordin.
If you are able to do two lists for me:
My 12 year old son loves to read, he walks with a book in his hand and is usually reading it. He loves sci-fi and fantasy and we have gotten a lot of great titles from your blog - thank you! He just finished the Inheritence series.
Thank you so much!

Tracy--Great! It will take me a day or so (big deadline at work), but I'll get back to you very soon.

Thank you so much, Kate...no hurry at all. We look forward to your advice at any time! a.

Amy and Tracy--Okay! Book picks now in post. So nice to hear your kids are readers. :)

Kate,
Thank you so much! The boys and are so excited to have a list of books to explore. My older son is already reading and liking the first Stoneheart book. I like the Thief too, I will have to locate that series for all of us. You are so wonderful:)
Tracy

Tracy--You're very welcome! The Thief series is stunning, though rather sophisticated (i.e., for your younger son). Anyway, enjoy!