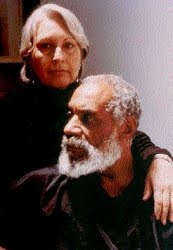 I fell in love with the art of Leo and Diane Dillon many years ago and have been reading and collecting their books ever since. After the heyday of Martin and Alice Provensen, the Dillons have been the husband-and-wife team that dominated, not only children's book art, but the world of sci-fi fantasy, particularly book jackets. They are also the only illustrators to ever receive back-to-b 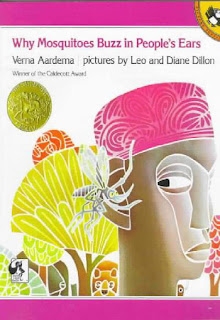 ack Caldecott awards—in 1976 for Why Mosquitoes Buzz in People's Ears (Verna Aardema) and in 1977 for From Ashanti to Zulu: African Traditions (Margaret Musgrove). They have since won at least three lifetime achievement awards for their body of work, along with many other honors.

It was a shock for me to learn that Leo Dillon died of lung cancer last week, and so soon after the death of Maurice Sendak.

The Dillons staked their claim with those two Caldecott awards years ago, and they continued to work in the field of children's books, most recently illustr 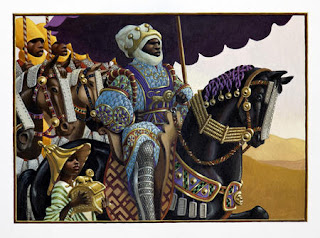 ating Marjorie Kinnan Rawlings' The Secret River last January and Patricia McKissack's Never Forgotten in October. They are also well known for their book jackets, especially for Harlan Ellison's work. They have done cover art for some famous children's series, too, such as The Chronicles of Narnia, A Wrinkle in Time and sequels, and the Earthsea books. Their son Lee is a sculptor and art jeweler who has sometimes collaborated with his parents. 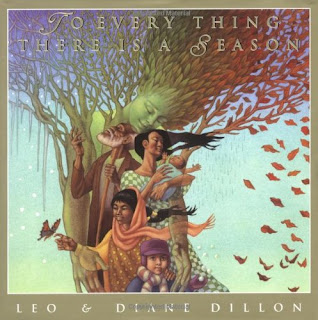 Leo and Diane first met as rivals at the Parsons School of Design in New York City. According to Margalit Fox of The New York Times (May 30, 2012):

Viewing an exhibition of student work there one day, Mr. Dillon was captivated by a still life of an Eames chair.

“I knew it had to be by a new student because nobody in our class at the time could paint like that,” he told The Horn Book, a magazine about children’s literature. “This artist was a whole lot better than I. I figured I’d better find out who he was.”

“He” turned out to be Diane Claire Sorber, and a crackling competition ensued. “If one got a better place in a show, we wouldn’t speak for three weeks,” Ms. Dillon told The Seattle Post-Intelligencer in 1990.

In the end, the only thing for it was marriage, which, she said, “was a survival mechanism to keep us from killing each other.” 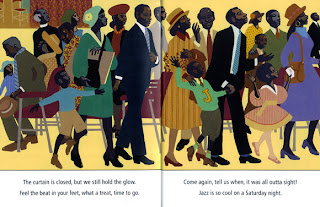 As Fox and others note, the Dillons describe their work together as a third artist, sometimes referred to as "It." In Deborah Kovacs and James Preller's book, Meet the Authors and Illustrators, we read Leo's explanations of the 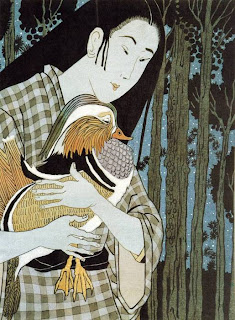 Together we are able to create art we would not be able to do individually.

...Each illustration is passed back and forth between us several times before it is completed, and since we both work on every piece of art, the finished painting looks as if one artist has done it.

...After years and years of collaboration we have reached a point where our work is done by an agent we call the third artist.

The couple originally shared a studio, but later set up studios on separate floors—partly because Leo liked playing the music louder than Diane did. 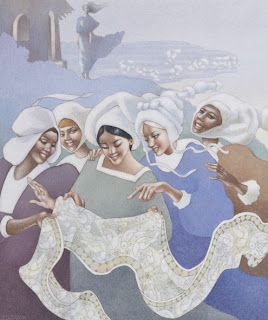 Leo and Diane Dillon's distinctive style has an airbrushed look, with clean lines and stylized figures. However, they have been known to adapt their style depending on the project. One of the most beautiful books they've ever created is To Every Thing There Is a Season, in which they use art styles from different cultures and time periods for each couplet from the famous passage in Ecclesiastes.

Other books I am 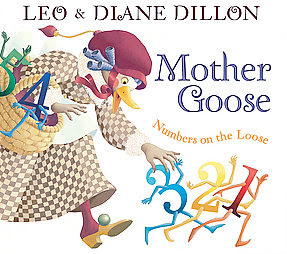 especially fond of are Wind Child (story by Shirley Rousseau Murphy)—which includes sculptures by Lee Dillon, The People Could Fly: American Black Folktales (Virginia Hamilton), Pish Posh Said Hieronymus Bosch (Nancy Willard) and Switch on the Night (Ray Bradbury). There are many more, of course. The artists have done some particularly beautiful books based on black culture and folktales. In addition to books already mentioned, they illustrated Leontyne Price's Aida, Mansa Musa: The Lion of Mali (Khephra Burns), Many Thousand Gone: African Americans from Slavery to Freedom (also by Virginia Hamilton), and their own Jazz on a Saturday Night as well as Rap a Tap Tap: Here's Bojangles—Think of That! The Dillons' Mother Goose Numbers on the Loose and The Goblin and the Empty Chair by Mem Fox are two more books I like very much. 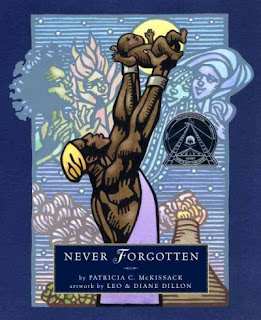 Alice Provensen created books on her own after losing her husband Martin, and I expect that Diane Dillon will do likewise. But without Leo, it won't be the same. The second artist is gone, and with him the third artist. Even so, because of the rich legacy of his book illustration and the personal legacy he has left his friends and family, Leo Dillon, as his book title from last fall puts it, will be Never Forgotten.
Posted by KateCoombs at 4:54 PM

Labels: Leo and Diane Dillon, To Everything There Is a Season