Winners of the How-Did-I-End-Up-with-Two-Copies-of-This? Book Giveaway 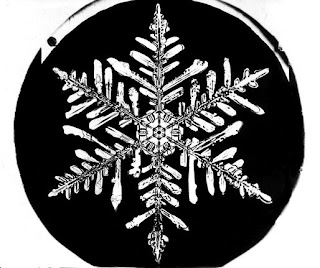 Thanks to all of you who entered; I am officially not the only person who has more than one copy of certain favorite books. Of course, this giveaway is technically more along the lines of, "I like this book, but I didn't realize I bought it twice." Which just goes to show the state of my bookshelves!

Or rather, the former state of my bookshelves. The great Reshelving Project is nearly finished, and this contest is definitely over. We actually have two winners because I discovered one more qualifying book. And so...
Melissa wrote that she owns "multiple copies of Homer Price because the cover art is different on each one" and "multiple copies of several of the Harry Potters - U.S. versions, British versions, a couple that are signed," since, she says, "Can't have too much Harry!" Melissa is our #1 winner, and if she will give me her snail mail address through my website contact e-mail (link through on the right), I will send her the prize pack of Kate DiCamillo's The Magician's Elephant, Nancy Springer's The Case of the Bizarre Bouquets (an Enola Holmes mystery), and Diana Wynne Jones' satirical Tough Guide to Fantasyland. Congrats to Melissa!
Our bonus winner told us, "I used to have more than one copy of The Giver, but I lent my spare copy out and never got it back!" Another hazard in the lives of those who have the best-stocked home libraries in town... She adds, "I also have a couple copies of Where the Wild Things Are - one used copy I picked up at a garage sale, and one given to me when my daughter was born." Megan will be the recipient of the surprise extra book, Philip Reeve's Mothstorm, the third in his tongue-in-cheek steampunk trilogy about Victorian kids in a conveniently breathable version of outer space. FYI, the first two books are Larklight and Starcross. Very fun stuff! I do have an e-mail address for Megan, happily.
The artwork is one of Wilson Bentley's snowflakes. If you haven't read Snowflake Bentley by Jacqueline Briggs Martin and Mary Azarian, please do! If you have, and love it as much as I do, be aware that you can get a book of his snowflake photos, too: Snowflakes in Photographs by W.A. Bentley, an affordable paperback.
Update: Heard from both Melissa and Megan, so the prizes will be in the mail soon. Hooray for books!
Posted by Kate Coombs at 8:11 AM