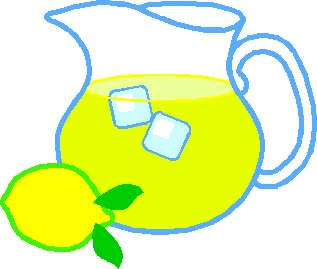 If you're (a) bored, and (b) paying attention, you may be asking yourselves, "Why the sudden burst of bloggy productivity from Book Aunt?" The answer, my friends, is that I just finished writing a book, my new MG fantasy. Woo-hoo! It's called Lemonade Wings, hence the artwork. (No one's actually done a picture of wings made of lemonade, so we'll have to settle for just the lemonade.) Anyway, in about a week, I'll be knee-deep in another project, a rewrite of a book I'm converting from third person to first person, among other things, and will settle back to my ordinary blog routine. In the meantime, I have a question for YOU!

That is, like most avid readers, I find I can't buy or even track down every book I'm looking forward to. Or it's on the towering To Be Read pile. So here's a list of books I've been wanting to read, all of which came out this year, most in the past 4-5 months.
My question is, which ones are the best? I figure some of you will have read at least part of my list and can let me know! (Also, feel free to mention books not on the list, as long as they're from 2010. Preferably books I haven't reviewed here on the blog.)
Agent Q: Pals in Peril—M.T. Anderson
Ancient, Strange, and Lovely—Susan Fletcher
Cloaked in Red—Vivian Vande Velde (Red Riding Hood stories)
The Clockwork Three—Matthew J. Kirby
The Clockwork Angel—Cassandra Clare
Diamonds and Toads—Heather Tomlinson
Diary of a Wimpy Kid: The Ugly Truth—Jeff Kinney
Faery Rebels: Wayfarer—R.J. Anderson
The Genius Wars—Catherine Jinks
The Ghostwriter Secret—Mac Barnett
The Goblin Gate—Hilari Bell
Grounded—Kate Klise
Guyku: A Year of Haiku for Boys—Bob Raczka
Hereville: How Mirka Got Her Sword—Barry Deutsch (graphic novel)
Keeper—Kathy Appelt
Linger—Maggie Stiefvater
The Lost Conspiracy—Frances Hardinge
The Mockingbirds—Daisy Whitney
Pegasus—Robin McKinley
Penny Dreadful—Laurel Snyder
Reckless—Cornelia Funke
The Search for Wondla—Tony DiTerlizzi
Sophie Simon Solves Them All—Lisa Graff
The Steps Across the Water—Adam Gopnik
The Suburb Beyond the Stars—M.T. Anderson
The Unsinkable Walker Bean—Aaron Renier (graphic novel)
The Web of Titan and The Cassini Code —Dom Testa
When Rose Wakes—Christopher Golden
You Wish—Mandy Hubbard
Posted by Kate Coombs at 11:35 AM

The only one I've read is Keeper. I had mixed feelings about it-- it was really good when something was happening, but there were a lot of places where it dragged-- which actually fits, plot-wise, but, although it does effectively give the reader the impression of WAITING, I'd rather NOT actually READ about waiting. But people with a longer attention span than me could probably overlook that part quite easily into the lovely rest of the book.

Cloaked in Red is fun and a quick read, but I preferred Vande Velde's older collection of Rumpelstiltskin retellings. Hereville is absolutely fascinating - I didn't think I'd like it, but got completely absorbed into the story. I've never liked Aaron Renier, no matter how hard I try. That's all I've read of this list - I'm still buried in Cybils picturebooks!

Congratulations on finishing, Kate! Out of curiosity, why the switch from third to first? (I'm geeking out over POV lately....)

I enjoyed The Lost Conspiracy, Reckless, and Cloaked In Red.

congratulations on finishing Lemonade Wings! And best wishes to it!

If I had to pick on from the list (of the few I have actually read myself) I'd suggest Suburb beyond the stars--it was a lot of fun!

Penny Dreadful is a charmer, reminded me a bit of Elizabeth Enright. The Lost Conspiracy I didn't care for. I am looking forward to reading Pegasus.

So many of these books are on my reading list, too! I read The Lost Conspiracy and really enjoyed it - the world she created was intriguing. And You Wish was a fun, quick read (I think I read it in one sitting). I hope that helps. Happy reading!

Congrats on your new book! :) I loved both Pegasus and The Lost Conspiracy so I hope you get to read those.

Thanks for the input, everyone!

Anne--About the POV; I wrote the whole book in 3rd and showed it to a couple of editors who said they liked the premise but didn't feel that they really cared enough about the MC. Now, switching to 1st person isn't always the right solution for that problem, I know, but in this case, I experimented with rewriting the first few chapters in 1st, and the ms. really started to sing. I thought, "I'm going to stick with this POV!" But I got involved with other projects, and now I'm planning to finish the rewrite.

The most interesting POV choice I've seen is when an author switches back and forth between 1st and 3rd. Charles de Lint does it in The Painted Boy (which I didn't mention in my review), and so does Megan Whalen Turner in A Conspiracy of Kings. It works if you're good, but it's not something I've felt inclined to try.

I think conventional wisdom is right in saying that 3rd person generally works best for MG fantasy and 1st generally works best for YA, but there are exceptions. Really, I suspect the MC has to let you know which one he/she likes best, and sometimes that comes from trying both and seeing which one works. It's also true that if your MC isn't going to be around for a lot of the action or you want to show what your other characters--say, villains like your delicious bad guy, Phil--are up to in various scenes, then third is a more logical choice.

Oops, I segued into teacher mode. My high school students would be rolling their eyes... At any rate, I can't wait for your next book, whatever the POV might be!

Hereville - How Mirka Got Her Sword is AWESOME! So different and yet familiar and a nice, quick, palette clearing read.

Search For Wondla was looooong and a little rambling, but if you decide you like the world that Tony DiTerlizzi so lovingly created and wandered around in for almost 500 pages, then it will be a treat to travel witl Eva9.

I am on chapter 2 of The Steps Across the Water and I want to love it but it is not clicking with me yet. First person narrator is a young girl, hard to tell her actual age, and her life and outlook is kind of plodding at this point. Waiting for it to take off...

You should check out Lesley MM Blume's new fairy book. That was a fun, quick read. Lost Conspiracy has been on my TBR pile FOREVER. Love Frances Hardinge but just haven't gotten to it yet...

Congrats on finishing the new book!!

Tanya--See, I really do need to get my hands on Hereville! I read a sample at the author's website and was definitely intrigued.

Thanks for your notes!

Congrats on finishing the novel! I have a dear friend (and my co-author) who recently re-wrote an entire MS from third to first person with great success -- so good luck on that! I've read Clockwork Angel and liked it (although it didn't grab me the way the earlier books in the series did.) And I enjoyed Linger (although I had a little challenge with telling which character was speaking b/c Ms. Stiefvater goes back and forth between 2 characters, both in first person). Love your list! There are some on here that I haven't heard of and will add to my own TBR list. Will we ever catch up??? (I hope not!)

Congratulations on finishing your book and for sharing details about your process. And than you so much for your kind words about me and my work and for the excellent comments about Muu Moo. I will share them with my daughter Rosa Zubizarreta who put indeed great deal of thought and care in creating the translation. As you well recognize it is a daunting task, not only when trying to maintain the rhyme but also the rhythm, since many of these selections are songs and she has made sure that they could be sung in either language to the same tune.
If you would send me your mailing address by going to my website www.almaflorada.com I would be delighted to make sure to put it in the list I send to publishers to send you copies of my new books. Isabel and I have another forthcoming book with Harper Ten Little Puppies/Diez perritos [we still can't believe the amazing art of Ulises Wensell for that book] and I have a novel [for 9-12 years-old] which I have co-authored with one of my sons forthcoming in Atheneum. I will make sure also to look up your books! Thanks again for the very nice words and all best wishes for a joyful holiday season.

How would you feel if I were to post your review in my website, of course, giving the reference to your blog?

Alma, thanks so much for responding! I will certainly get in touch about future books. And you are very welcome to post my review on your website with the blog reference. ¡Felices fiestas a tí, también!

I wouldn't recommend The Clockwork Angel. I used to enjoy Claire's trilogy The Mortal Instruments a lot. But it seems like she's losing steam for the new series. It might be just me but the first thing I saw is the repetitive in characterization; in spite of that, they're not as endearing. Will is a cruder version of Jake while Tessa is a more hard-headed and annoying version of Clary. The rest of the characters either fall flat or feel cliche'. For me, who is more likely to enjoy a book for its characters than its plot (anyway, the plot didn't offer anything to keep me interested either), I found The Clockwork Angel very dull. I got the book right after it's released and still haven't manage to finish it until now.

Zuanie--Thanks for the feedback! When I picked The Clockwork Angel up in the bookstore and looked through it, I didn't feel wildly compelled to buy it, but it's good to hear your thoughts since you've actually read the book.