Steampunk and the New Romantics 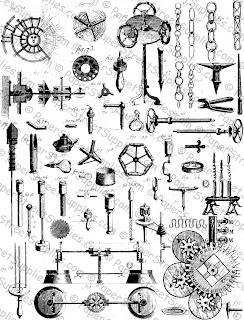 Steampunk was supposed to be the next big thing in YA, but it isn't. Why not? I've been toying with a theory, and now that I've read both Leviathan and Behemoth by Scott Westerfeld, I'll toss it out there and see what you think.

First of all, steampunk is a little tough to define, but it usually contains one or more of the following: (1) alternate history, (2) clockwork (automatons, vehicles, monsters, etc.), (3) a Victorian setting (mostly British, but sometimes European or even American, as long as it's nineteenth century).
The question being, what kind of readers would like this stuff? Answer: grown-ups. We're talking Pride and Prejudice or Sherlock Holmes fans, for one thing. Certainly historical fiction fans, and that's often a group that doesn't include the under-18 crowd, who are busy reading about the ADHD offspring of Greek gods battling harpies in modern NYC. Or maybe reading stories about teen heartbreak in your average high school, texting and all. These readers prefer their supernatural adventures to take place in a small town in Washington in the 21st century, not in London in the 1800s.
As for the appeal of steampunk, don't you think it might be a bit of a backlash from the sheer weight of all this contemporary technology, from the overwhelming streamlined-ness of the Ipod and the Ipad? Contrast clockwork, where you can actually see the gears and hear them turning, to the sleekness of our current tech, where you need a microscope and a college degree to figure out what the machine is actually doing. Call it the new Luddite movement or simply call it a wave of nostalgia, but I'm wondering if steampunk is really a revolt against, well, that cell phone which can not only call Japan from Chicago in seconds, but can play a movie, ruin a career, or reveal a decade's worth of diplomatic secrets at the touch of a few keys.
Then again, the Luddites aren't a great comparison. A better one might be the Romantic movement. My high school students have been reading about how the Romantics embraced poetry, medieval themes, and ruffled shirts as a backlash against the machines and pragmatism of the Industrial Revolution. There's a romance to steampunk that makes it feel similar to me at this point in time.
Of course, steampunk is also a delightful alternative to a decade of Harry Potter and another decade of teen vampires, for those of you who want a change in your sci-fi/fantasy every so often. It's either that or dystopia right about now! (With dystopian books arguably forming a chronologically symmetrical rejection of today's high-tech, out-of-control world.) So I, for one, do like steampunk. I'm just not sure it has much appeal for kids and teens, most of whom are deeply, happily engaged in this tech-toy landscape.
For those of you who are grown-ups and the occasional steampunky kid, check out Chasing Ray's wonderful steampunk roundup from the past week. See also Charlotte's Library, with a look at steampunk offerings for MG/YA in 2010. And once again, I'll recommend the list of steampunk books for children by Heather M. Campbell at School Library Journal.
Image from Paper Street Supplies.
Posted by Kate Coombs at 6:15 AM

Great post! I love the idea that steampunk appeals to us because of our wildly complex technology -- and you've got a good point.

I love steampunk, from jewelry to novels to clothes. It's romantic, unrealistic, and completely fun! You may be right that it appeals less to kids & teens, though... At least in the US. Over here in Europe, it's HUGE.

On a side note -- I was in your YA writing course, and I wanted to let you know my novel sold! It's a (guess what?) STEAMPUNK, and it's due in 2012 from HarperCollins Children's! I owe you some thanks, I believe. :)

Susan--I am so thrilled about your book sale! Nice of you to thank me; if nothing else, the class group and I cheered each other on, don't you think?

And how perfect that it's steampunk. I can't wait to read it!

Interesting about the U.S./Europe difference when it comes to steampunk, by the by.

My 16 year old step daughter just finished Leviathan. And though, she said she still doesn't know what it's about, she liked it. She read it in one day. My turn next to see what all the fuss is about!

TerryLynn--Leviathan is a very cool book! I suspect it would be helpful to many young readers to get a little info on WWI, Darwin, and steampunk as a genre before launching into it, though. Hope you enjoy your turn! :)

I like that thought about "New Romanticism." That seems apt! (Funny that the romantics were backlashing against STEAM technology...)

I think it's funny that the true target audience for YA and Middle Grade Steampunk is, um, me. I'm glad people are writing Steampunk for, um, young people, only because I don't want to slog through most adult fiction anymore!

I have long harbored a most sneaky sneaking suspicion that I wasn't the only adult who mostly reads children's books. So there are two of us, huh? Anyway, thank heavens for those steampunk-loving "um, young people"! (Not sure the publishing industry notices, as long as someone's buying/reading. More irony.)

Wow, I have just stumbled on your blog while happy wandering around the web and found your thoughts on steampunk fascinating. I think my experience is a little different, I have been working in an all boy school recently and watching the impact of steam punk in general and books like Leviathan in particular. Due to the popularity of Leviathan I pulled out all our steam punk and started promoting it and the boys devoured it, particularly a cluster of bright, very technology orientated older students, most of whom are heading off to careers in enginereeing and the military. As a genre steam punk has proved very popular, especially the Phillip Reeve Mortal Engines series. Just going by the boys who were most excited by these books I don't think they are anti technology but excited by the historical romanticism of steam punk, so a kind of new romanticism seems very appropriate. I after admit I have also enjoyed some these novels and am intrigued by their popularity. I thought I would try something aimed more at girls, like Soulless, I am curious to see how it compares.
Great blog by the way and I love the title, I think I to am a book aunt, the aunt who invaribly gives books.

Book Pusher--I'm very glad to hear that there are kids getting hooked on steampunk, and people like you helping them find out about it.

It's nice, as well, to meet a fellow book aunt!

whah--I tried to comment from the computer of a hotel somewhere off the NJ turnpike on my way south for Christmas, but must not have been awake enough to see it through to it's completion....so just want to say, at this point, how interesting I found this!

Thanks, Charlotte! It's fun to think about, isn't it?