A Review of The Project by Brian Falkner 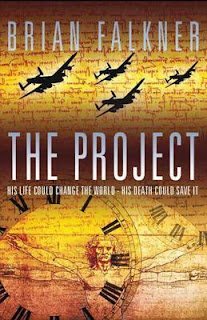 This YA adventure/suspense book reads more like middle grade fiction a lot of the time; in fact, I was surprised when I realized that Luke and his buddy Tommy are in their mid-teens instead of middle school. But let's just agree that Luke and Tommy are pretty immature and move on...

Luke believes that the book assigned by his English teacher, Ms. Sheck, is the most boring book in the world, but he is wrong. Of course, he doesn't know that: when he argues with Mr. Kerr, the vice principal gives Luke and Tommy just a few days to prove what they say about James Fenimore Cooper's classic. He and Tommy have been caught bungling an elaborate prank on school property; now they will have to do some research to save themselves from being suspended.

Luke goes home and googles "the most boring book in the world." According to the online encyclopedia, that honor goes to a tome called Leonardo's River by a man named Darcy Benfer—an English inventor. It was so boring it even put its writer to sleep, and only one copy was ever printed. But a millionaire book collector named James Mullins would love to get his hands on it. He's willing to pay a lot of money for that single copy.

Luke forgets all a 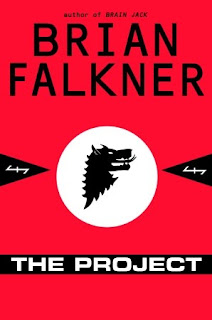 bout the book, caught up in the relative excitement of having to sandbag his town because the river is rising. But while he and Tommy are helping bring books upstairs from the university library's basement to the upper floors, Luke catches a glimpse of a book he is pretty sure is Benfer's sleep-inducing masterpiece. That night, he gets Tommy to sneak across the river with him and look for the book.

Only the river is flooded and the library is beginning to flood, too. Luke and Tommy manage to get by the security on the bridge, then discover they aren't the only ones looking for the book. Rather, they are the ones without guns.

The twosome makes it out, but Ms. Sheck disappears. And the menacing people from the library are soon on the trail of Luke and Tommy.

This suspenseful story heats up with a plot that involves Nazis and Leonardo da Vinci and even [spoiler!] time travel.

The whole thing is even more tricky because everyone thinks of Luke and Tommy as troublemakers, which means that no one takes them seriously when they try to get help from the authorities.

About the only thing they've got going for them is Luke's photographic memory. That and an unquenchable spirit of curiosity and adventure.

Here is an excerpt from the prologue:

This is not the most boring book in the world.

This is a book about the most boring book in the world, which is a different book altogether.

This book is really interesting and exciting, and parts of it are quite funny...

The prose in this non-boring tale does its job handily, and Luke and Tommy are a cheerful, if slightly bumbling, duo.

Falkner, the Australian author of books like Tomorrow Code and Brain Jack, specializes in action/suspense stories. The Project is a light-hearted ride, despite the peril and the threat of world domination from the bad guys. It's salted with guy humor (at least one fart joke that I can recall) and stars a couple of goof-offs playing Hardy Boys. But it is a fun read, and your son might get a kick out of it.

Note for Worried Parents: Though this book is being marketed as YA and has teen protagonists, it reads like upper MG fiction. There is definitely peril, but little actual violence.

Visit Brian Falkner's website to learn more about The Project and other books.

Also: I like the Australian cover (gold) a lot more than the U.S. cover (red); what about you?

Posted by KateCoombs at 6:31 PM